When to use the z-test versus t-test

How do I know when to use the t-test instead of the z-test?

Just about every statistics student I've ever tutored has asked me this question at some point. When I first started tutoring I'd explain that it depends on the problem, and start rambling on about the central limit theorem until their eyes glazed over. Then I realized, it's easier to understand if I just make a flowchart. So, here it is! 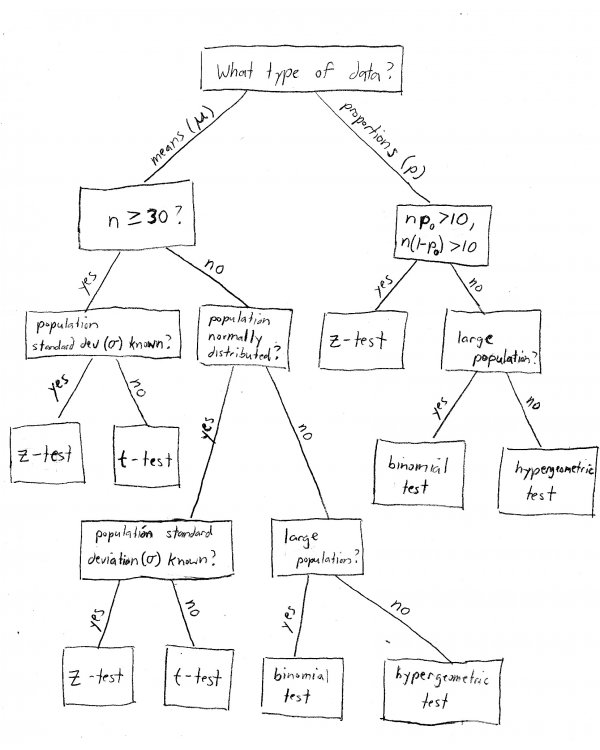 Basically, it depends on four things:

When you're working on a statistics word problem, these are the things you need to look for. Proportion problems are never t-test problems - always use z! However, you need to check that \(np_{0}\) and \(n(1-p_{0})\) are both greater than 10, where \(n\) is your sample size and \(p_{0}\) is your hypothesized population proportion. This is basically saying that the population proportions (for example, % male and % female) should both be large enough so they will be adequately represented in the sample.

Get started with a statistics tutor at IU today!

Like this article? Check out more posts about Statistics....